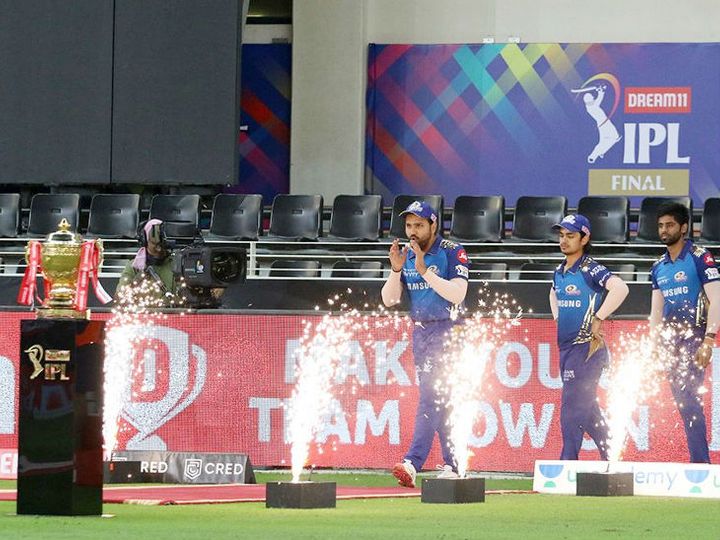 In the finals of IPL season-13, Mumbai Indians defeated Delhi Capitals to win the title for the 5th time. The match was played on 10 November.

The 13th season of the Indian Premier League (IPL) was played in the UAE without an audience due to Corona. During this time the players on the field made many big records. Apart from these, a record has been made by the fans sitting at home. This time a record-breaking 28% viewership has increased compared to last year. This time the opening match of the tournament was also seen by a record 200 million people.

This time a tournament played in a bio-secure environment, 60 matches including finals were played between 8 teams. In the finals, Mumbai Indians have won the title for the 5th time by defeating Delhi Capitals.

Mumbai and Rajasthan team connected with fans through digital platform
To make the tournament between Corona exciting, the board arranged for virtual fans to be shown at the stadium. Large screens were installed in the stadium, which also showed recorded videos of fans and cheerleaders. Mumbai Indians and Rajasthan Royals also launched their own digital platforms to connect their fans.

Over 200 million fans watched the opening match
The opening match of the 13th season of IPL was watched by more than 200 million viewers on TV. This information was then given by BCCI Secretary Jay Shah citing the rating of BARC India (Broadcast Audience Research Council). This was the largest number of opening matches of any sports league in the country.

Viewership was up 30% after the first 32 matches.
Bark had reported that after the opening 32 matches of the season, viewership was 30% higher than the previous season. These 32 matches were watched by a record 361 million people. The total viewing time per match was 730 crore minutes, while it was 560 crore minutes after 35 matches in IPL-12. This year the fans spent an average of 42 minutes per match. Whereas last year it was 37 minutes. That is, the average time spent increased by 15%.

Corona vs Tokyo Olympic: Organizers said - 14 days isolation is not possible; The committee increased the budget to all countries including India by 24%