Speech of IPL champion Rohit: We started preparations even in difficult times, due to discipline we became champions today 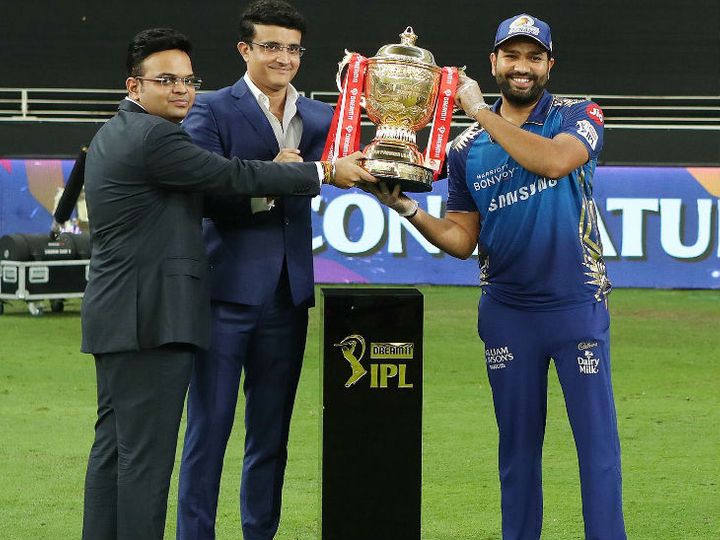 In the IPL final, defending champion Mumbai Indians defeated Delhi Capitals to win the title for the 5th time. BCCI President Sourav Ganguly and Secretary Jai Shah giving the trophy to Captain Rohit of the team.

In the 13th season of IPL, the champion Mumbai Indians captain Rohit Sharma gave a speech between teammates and staff in the dressing room. He said that even in difficult times, we started preparations before August. Today, the team became champions due to discipline inside and outside the field.

The franchise shared a video of the speech. Rohit was also seen with wife Ritika in the dressing room. This time in the IPL, Mumbai defeated Delhi Capitals in the final and won the title for the 5th time.

The month of june was very difficult
Rohit said- “This season was great for us. For this, we started preparations before August. I remember that June was a very difficult time for us. Despite this, we continued preparations, but this has never been easier. When we came here (UAE) we got a different atmosphere. As a team, we maintained the discipline not only on the hotel but also on the field. That is why today we stand here with the trophy. ”

Rohit will play Test series in Australia
Team India has left for Australia tour on 11 November without Rohit. The team has to play 3 ODIs and so on for T20 from 27 November. After this, the Indian team played a series of 4 Tests from 17 December. Rohit will join the team for the Test series.

Rohit’s Fifty in IPL final
Defending champion Mumbai won the title for the second time in a row and for the 5th time in the league after beating Delhi by 5 wickets in the IPL final. Delhi won the toss on the ground of Dubai, batting first and gave a target of 157 runs. In response, Mumbai lost 157 wickets in 18.4 overs and won the match scoring 157 runs. Rohit scored 68 runs in 51 balls and Ishaan Kishan scored 33 runs in 19 balls.

India tour to Australia: The broadcaster lost crores due to Kohli's absence of 3 Tests, the one-day channel missed the opportunity