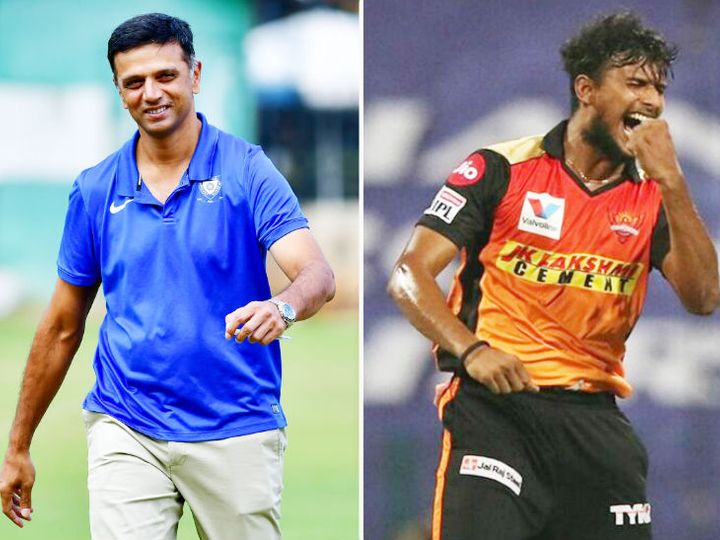 Dravid said that Natarajan worked hard on his Yorker because of the data quality in the IPL. – File photo

Former cricketer and National Cricket Academy President Rahul Dravid has supported 9 teams in IPL. Dravid has said that the IPL is ready for expansion. He said that teams can be increased in the league without compromising on the quality and quantity of talent present in the country.

Dravid said that this will give the uncapped players maximum chance to show their talent. He said that players like Natarajan, Padikkal and Teotia have benefited from this.

It is discussed that there will be 9 teams in IPL 2021. At the same time, 10 teams can play in the league by 2023. It is included in the BCCI’s Long Term Plan. Speaking at the virtual launch of book ‘A New Innings’ by Rajasthan Royals co-owner Manoj Badale, NCA director Dravid said that there are many youngsters who are not getting a chance.

Many talented players will get a chance

Dravid said that if there are more teams, then many talented players will get a chance. This will improve the level of IPL. He said that there are many new faces and talent, which will emerge after playing more. He gave the example of Rahul Tewatia of Rajasthan Royals and said that it was only because of IPL that a player like Tewatia could show his talent.

Players will not have to depend on the State Association

Dravid said, earlier, players had to depend on Ranji Trophy and State Association. In a state like Haryana, Tewatia would have got limited chances in front of the finest spinners like Yuzvendra Chahal, Amit Mishra and Jayant Yadav. But now you are not limited to the state association to show your talent.

Padikkal benefited from experience and Natarajan from data

Dravid also gave examples of Devadatta Padikkal and T. Natarajan. He said, Devdutt Padikkal batted with players like Virat Kohli and AB de Villiers. This experience will help them a lot. While Natarajan worked on his yorker because of data quality. Now he is in Team India.

He also praised Mumbai Indians. Dravid said that Mumbai’s core team is strong. His core team consists of a mix of world class T20 players and youth talent. He has made his team the champion.

Dravid said that this decade (2011-2020) has been good for Indian cricket. India performed better in limited overs cricket. The team won the 2011 World Cup, 2013 Champions Trophy. At the same time, they also reached the semi-finals and finals of the T20 World Cup. IPL has contributed a lot in this.