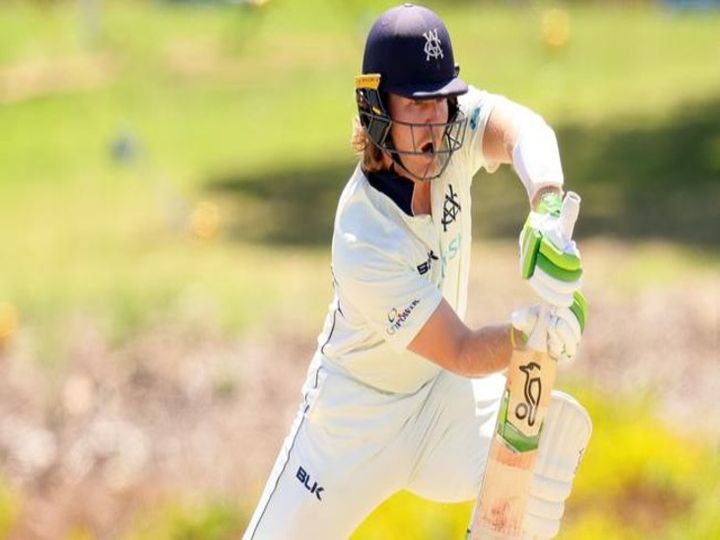 Will Pukowski has been included as an opener for the four-Test series against India.

The Australian Cricket Board on Thursday announced the squad for the four-Test series against India. Five new faces have been added to it. It has two batsmen, two bowlers and an all-rounder. Team India has to play 4 Tests, 3 ODIs and 3 T20 matches on Australia tour. The first Test match will be Day Night in Adelaide from 17 December. Before that ODI and T20 matches will be played.

Cameron Green, Will Pukowski, Sean Abbott, Michelle Svepson and Michael Neeser will make their Test debut. Tim Paine will be the captain while Pat Cummins will be the vice-captain.

What did the selection committee chairman say

Trevor Hohns, chairman of the selection committee, said, “Many players performed well in the opening matches of the Marsh Sheffield Shield. They also included Cameron Green andville Pukowski. His performance was so spectacular that he could not be ignored. So, we are happy to give both of us a chance. He will get an opportunity to make a Test debut against a strong and stable team. This time we have changed the tradition that was going on. This time a veteran and a youth have been given the responsibility of captain and vice captain. The youth will get an opportunity to learn with experienced players.

Pukowski had scored 495 runs in the opening matches at the Marsh Sheffield Shield. He can open the Test with David Warner in Test matches. However, the first one opener in the team is Joe Burns. Will Pukowski scored two double centuries this season. Because of this, he has been named in the Test team. Sean Abbott, Mitchell Swepson and Michael Neesar have also performed well in domestic cricket.

Match schedule between India and Australia